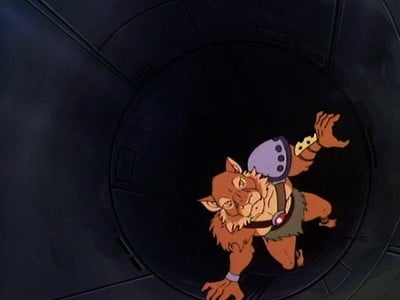 After the Mutants fail to ambush and defeat the Thundercats with Vultureman’s new Thundrainium cannon, Vultureman, furious about the failed attempt and the loss of his weapon, activates a self-destruct built into each of his inventions or repaired machinery, and all the Mutant technology disintegrates. To even the odds, Slithe asks Mumm-Ra to send an electrical energy creature to destroy all the equipment in Cats’ Lair, which also seals up the door to the Sword Chamber, trapping the Sword of Omens inside along with all the Thundercats’ weapons. The Mutants attack, and manage to capture Cheetara and Panthro. Snarf must climb into the ventilation shafts to reach the Sword Chamber from within, but Jackalman follows him, trying to capture him. Outside, Lion-O is attacked by Slithe and Monkian, and later Mumm-Ra. After Snarf successfully gets the Sword back to Lion-O, Lion-O frees Panthro and Cheetara and they defeat Mumm-Ra and the Mutants. 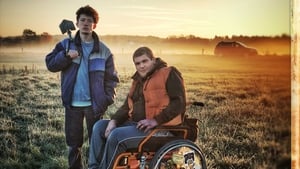