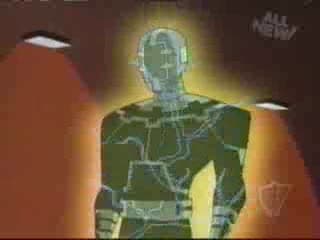 Batman faces off against a new high-tech villain, a man in a suit that projects an impenetrable force field that repels everything Batman can throw at it. Bruce Wayne recognizes the force field as the work of Dr. Blades, a Wayne-Powers scientist who has developed what he calls iso-field generator rings, which generate an aura of energy around its wearer. While touring the Wayne-Powers lab facilities, Blades’ assistant Dr. Suzuki demonstrates the rings and the aura, which are meant for use as a self-contained environment for people with immune-system deficiencies. Bruce and Terry recognize the aura immediately, and the question then becomes: who in the lab is the untouchable criminal?

The Living and the Dead 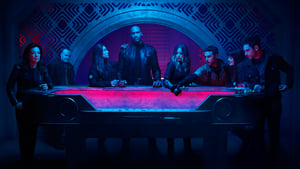