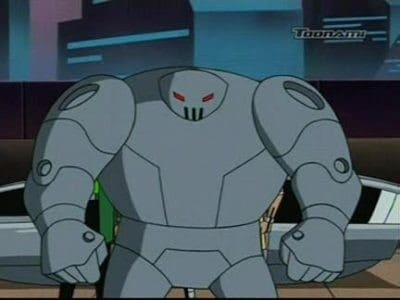 When Batman foils a late-night bank heist, he’s surprised to see that the four ordinary-looking punks all have expensive — and dangerous — cybernetic enhancements. When one of the criminals leaves a damaged servo-motor behind, Bruce Wayne recognizes it as the handiwork of the man who created some of the parts for the Batman suit, Dr. Corso, who specializes in prosthetics. After confronting the doctor, Batman discovers that Dr. Corso is being forced to help the crooks because they’ve kidnapped his wife, threatening to kill her if he doesn’t enhance them as they ask.