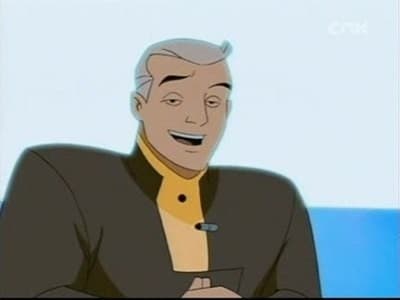 Ian Peek is a muckraking journalist who gets footage from seemingly impossible locations, no matter how tight the security. When there’s a disturbance at city hall during a secret meeting between an organized crime witness and the district attorney, Batman encounters a man who can pass through solid matter at will. In short order, he puts two and two together and realizes this new villain is Peek. Confronting Peek, however, leads to him using his power to find out Bruce and Terry’s secret — and he threatens to expose them live on the air.