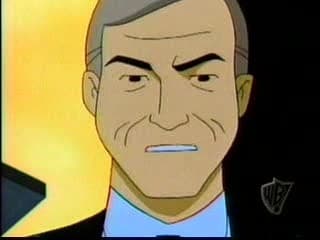 When Dr. David Wheeler, a prominent child psychologist, opens a new ranch/group home promising to help troubled teenagers, parents jump on the bandwagon and start sending their kids away for even the most minor infractions. Max encourages Terry to investigate as Batman when their friend Chelsea is sent away for writing a letter of protest to the principal. Batman discovers that the kids are being held prisoner and brainwashed, but he is spotted and fired on. Since Batman can’t get admissible evidence, he decides to get it as Terry by visiting Chelsea with a pocket recorder. When Terry is captured, he’s forced to rely on a delinquent he’s never gotten along with.