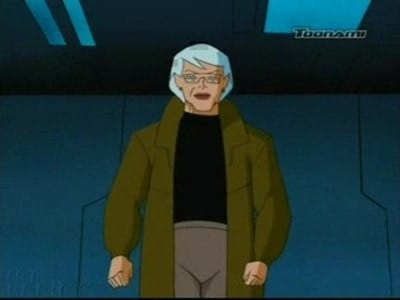 Batman’s already tense relationship with the law gets tenser when he accidentally messes up a major police sting operation. Fed up with Terry, who she sees as a hothead, Commissioner Gordon warns Bruce that she’ll be keeping an eye on him to make sure he doesn’t get into more trouble. Her worst fears are realized soon enough when she sees Batman bludgeoning Mad Stan to death with one of his own bombs. When Terry returns home, he finds the Commissioner’s men looking for him, but he doesn’t know why. Fleeing to Max’s house, he tries to understand: how could people have witnessed him perpetrating a crime he didn’t commit?