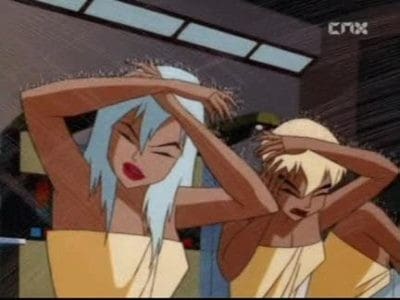 When strange things start happening around the school, the students are quick to blame the ghost of Garrison Jacobs, a student who was killed during the construction of the school’s new wing. Terry is suspicious but skeptical until Nelson, one of the jocks, interrupts a séance the girls are having for fun. Everything in the gym comes alive, threatening to kill Nelson until Terry intervenes as Batman. When popular cheerleader Blade later receives a mysterious message from the ghost, Terry begins to put the pieces together.