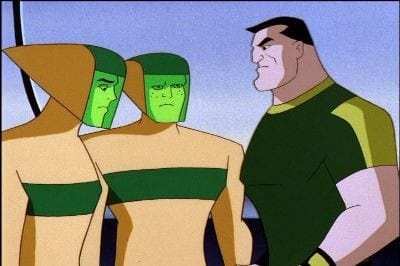 Terry’s late nights as Batman are starting to take a toll on his personal life when he can barely stay awake during the day. When he discovers that several jocks are using “slappers” — patches that deliver the super-steroid Venom — he investigates, only for his mother to catch him carrying the drugs. Then he has to find a way to stop the flow of Venom into Gotham and clear his name, all while being grounded.