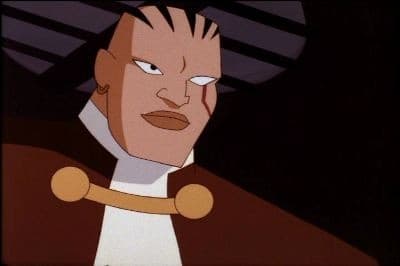 Bruce Wayne discovers the secret of the disc that was given to Terry’s father, and instructs Terry to deliver the information directly to Commissioner Barbara Gordon. On the way to the police station he is accosted by the CEO of Bruce’s company, Derek Powers, but manages to escape. Unhappy with the situation, he returns to Wayne Manor to steal the Batsuit and take out his vengeance on the man who killed his father. Although initially furious after discovering the theft, Wayne is impressed with Terry’s performance and reluctantly agrees that the city of Gotham once again needs Batman, hiring Terry as his new assistant.