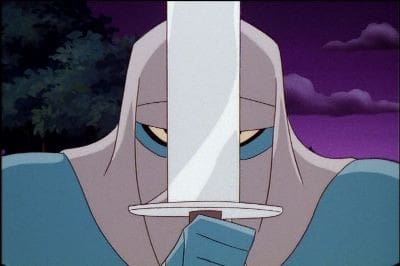 Sam Young, Gotham’s district attorney and Commissioner Barbara Gordon’s husband, is targeted for assassination by Curaré, a silent and deadly member of the Society of Assassins. Armed with a molecule-thin sword that can slice through anything, she presents a formidable enough challenge for Barbara to reveal to Terry that she knows he’s Batman. As the former Batgirl, she warns him that he should quit being Batman while he can. Paul Winfield makes his first appearance as the voice of D.A. Sam Young.